60th anniversary of the speedmaster

In a quaint cinema in London, George Clooney got to fulfill a lifelong wish - to meet his childhood hero, Dr. Edwin Buzz Aldrin. Together they watched history unfold as the movie they came to view celebrated 60 years of the U.S. space program. OMEGA's Speedmaster watch was worn by all astronauts during those years and is still certified by NASA as the official space watch today.

The campaign started with the release of this 6 minute cut featuring the two stars meeting for the first time and talking through a movie which highlighted key moments of the space program.
Using archive footage from NASA, we made an edit to be screen and  spark natural conversation between the two men.
Although both Clooney and Aldrin are OMEGA ambassadors, they met for the first time on set - and were able to capture this historical moment on film.
From the original filming event, we produced a series of still images and short cuts for social media and PR.

The interiors of the lobby and screening room were decorated with images of the Apollo program including Buzz, not forgetting the OMEGA branded popcorn cups - always needed for a movie!

George picks up a watch display tray with a selection of vintage Speedmasters picked from the museum. Among which was the first ever made, and one worn into space by Walter Schirra 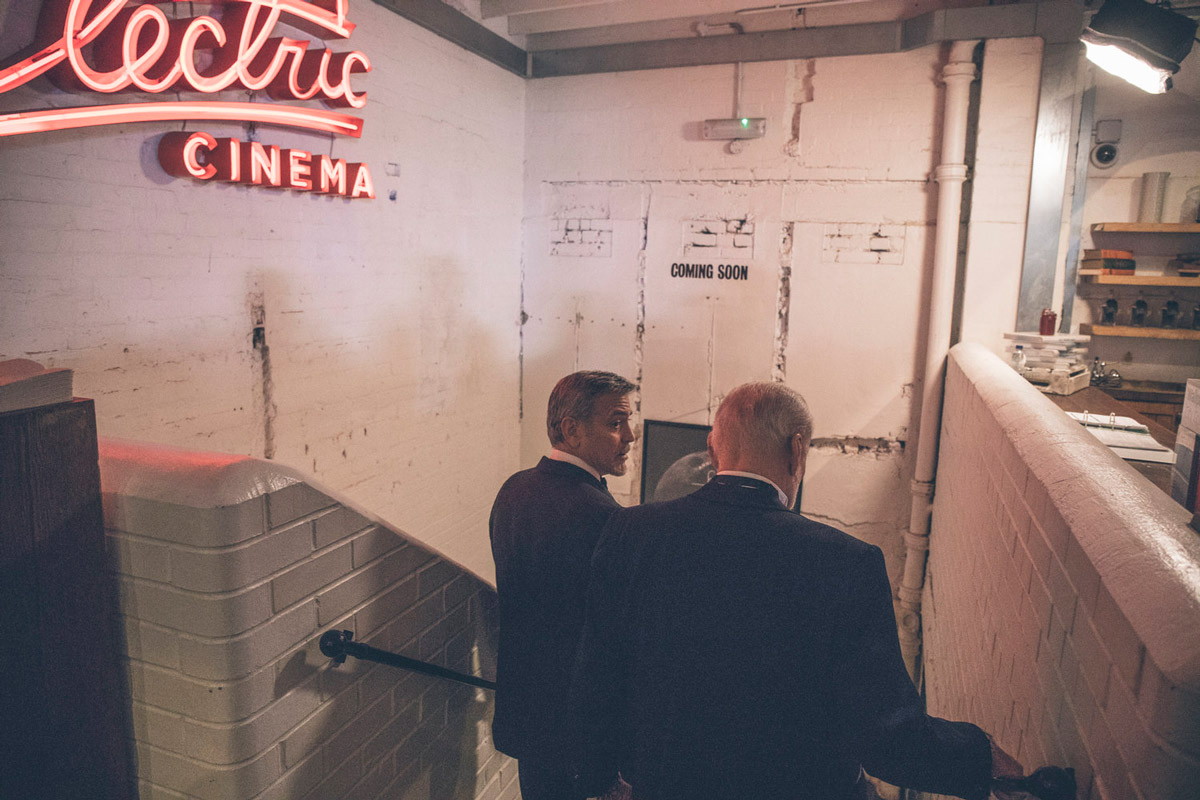 George greeted Buzz and escorted him down to the cinema. 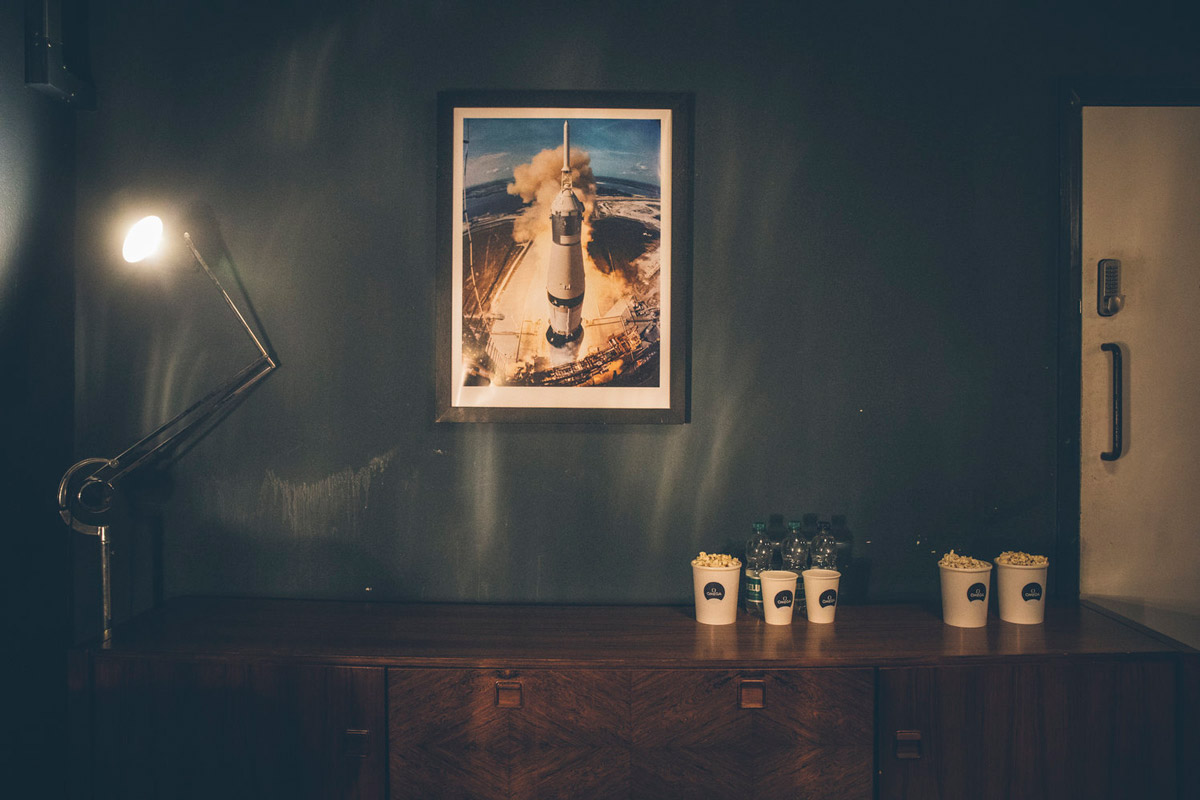 We dressed the lobby with space images and conversation starters. 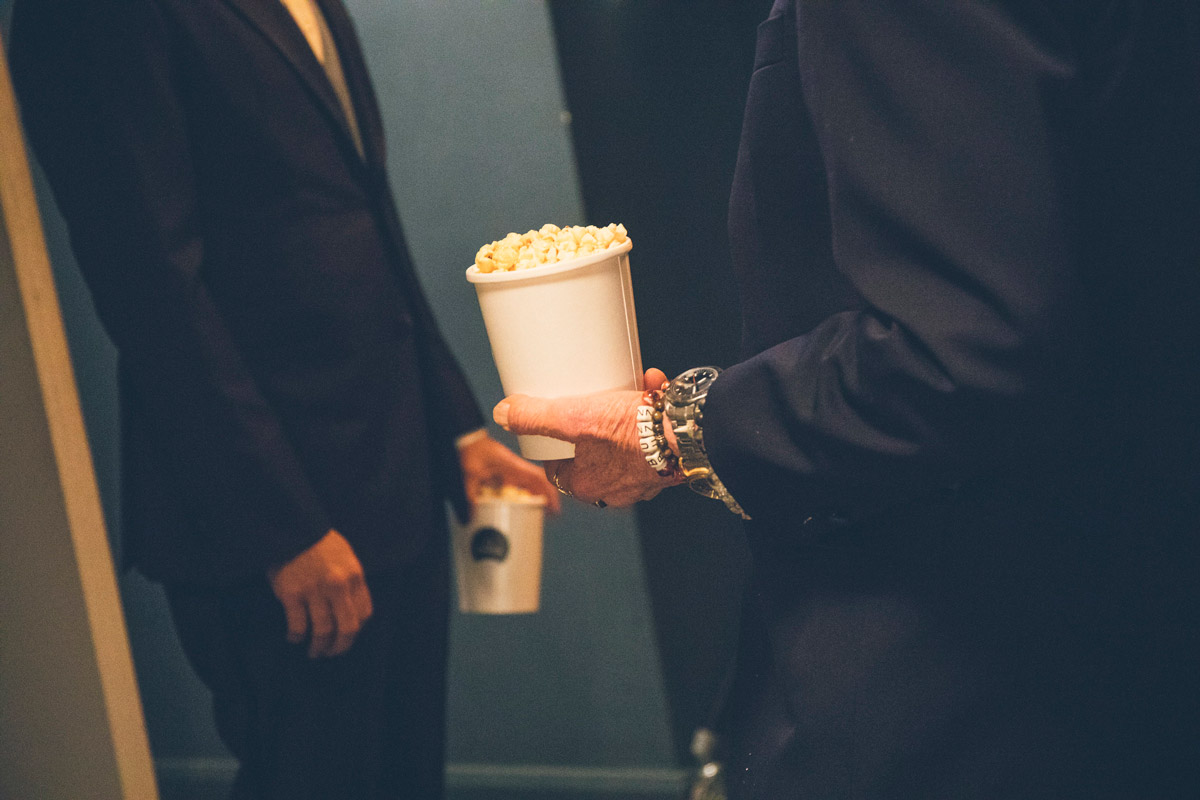 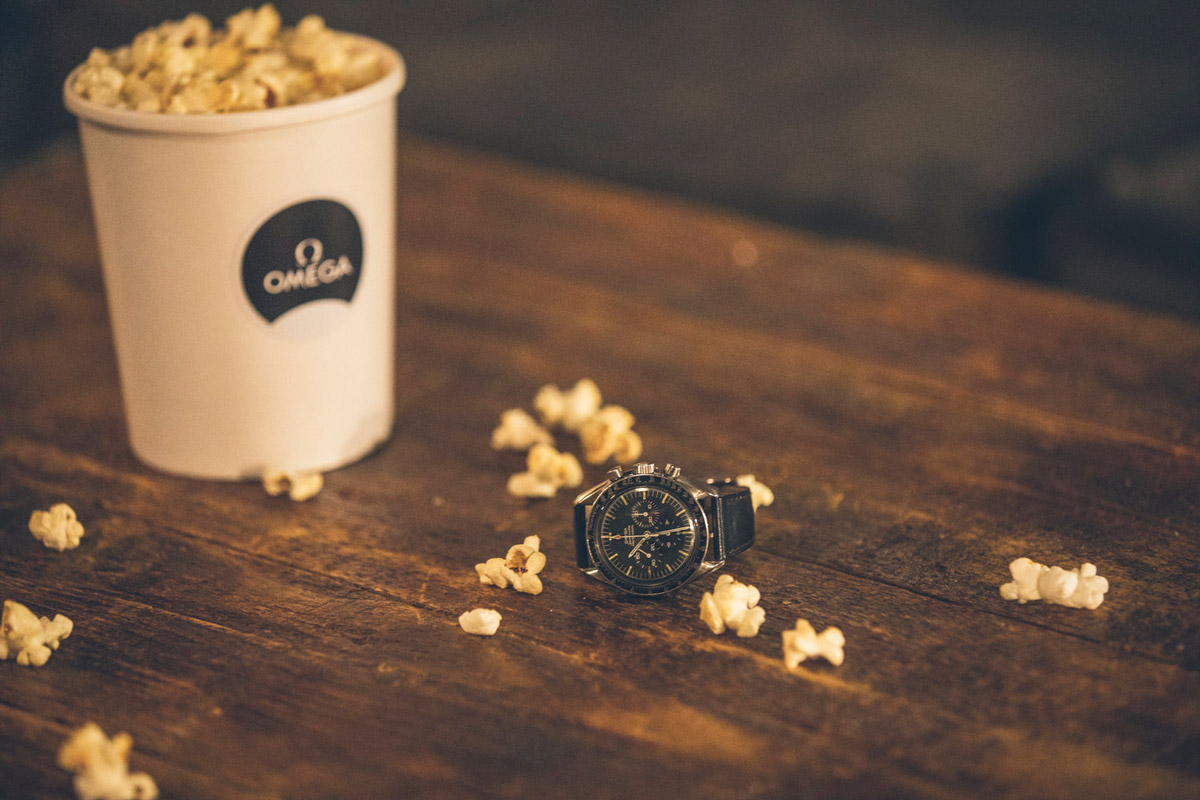 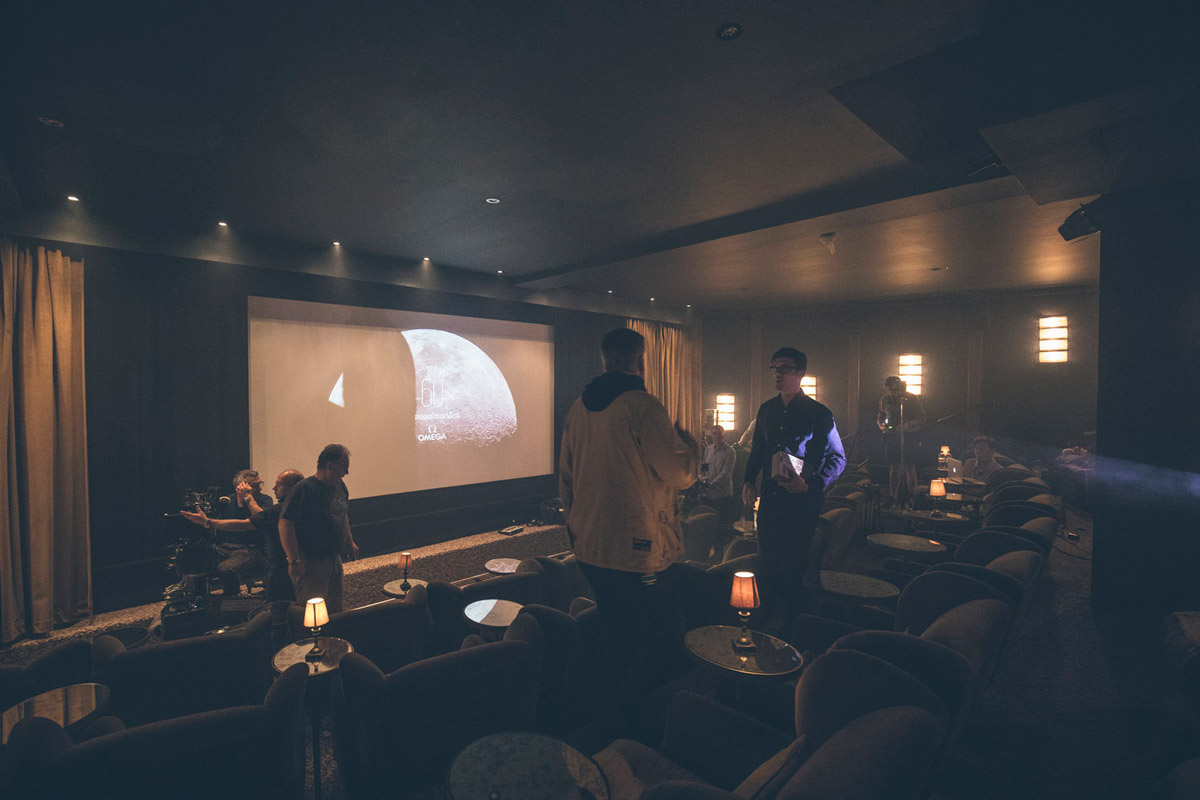 Crew setup in the cinema.

In the evening the men attended an exclusive event in London's famous Tate Modern Gallery joined by other VIPs to celebrate the 60th anniversary of this iconic watch. 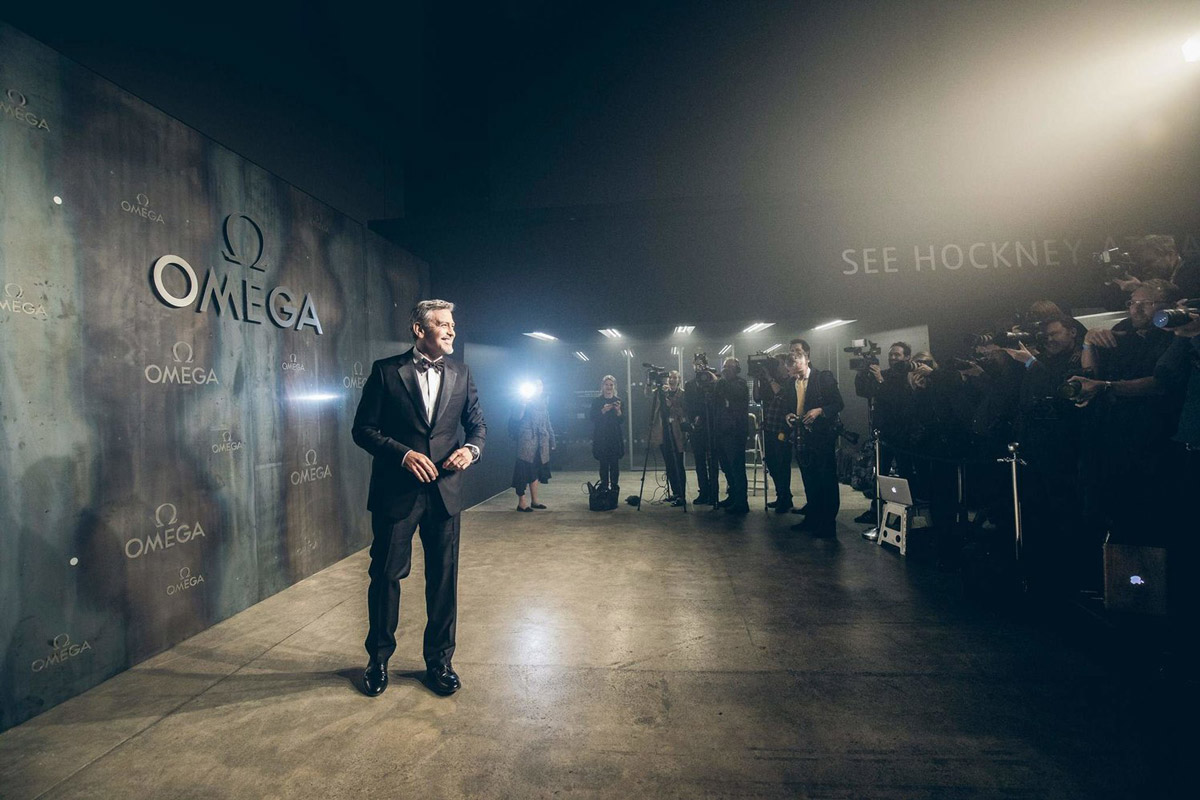 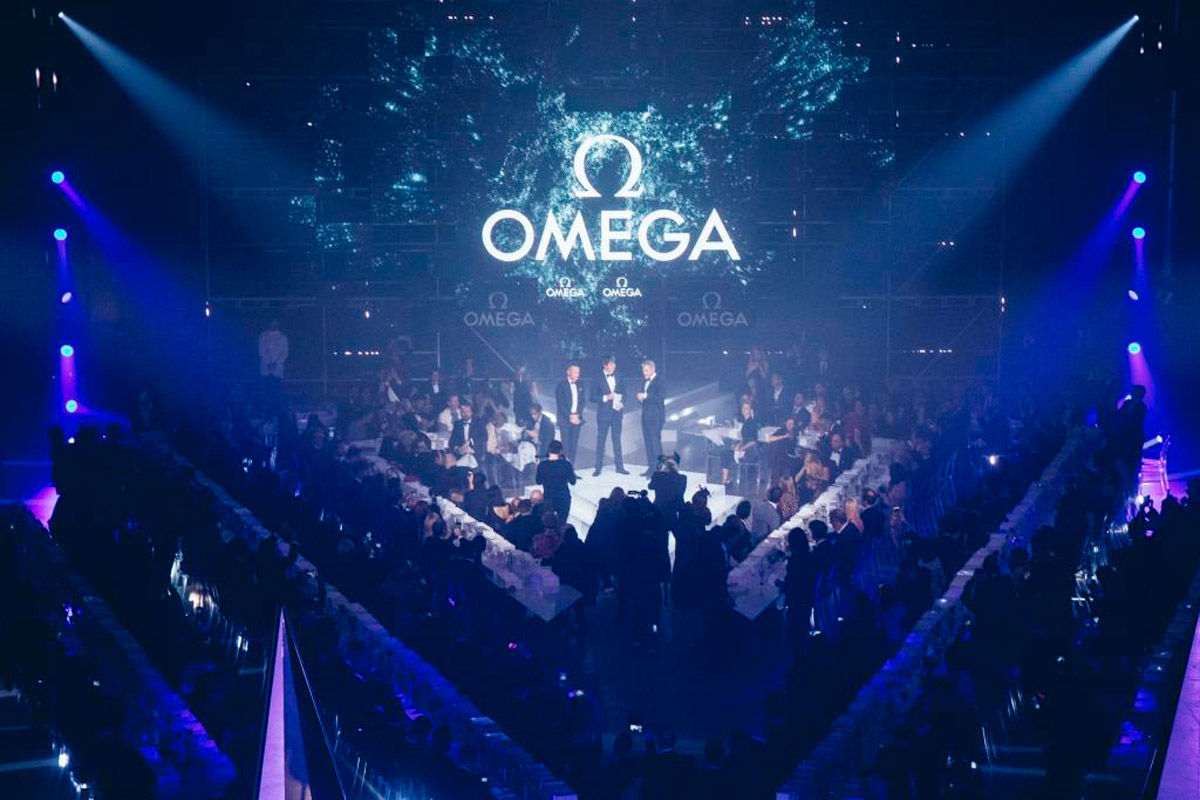 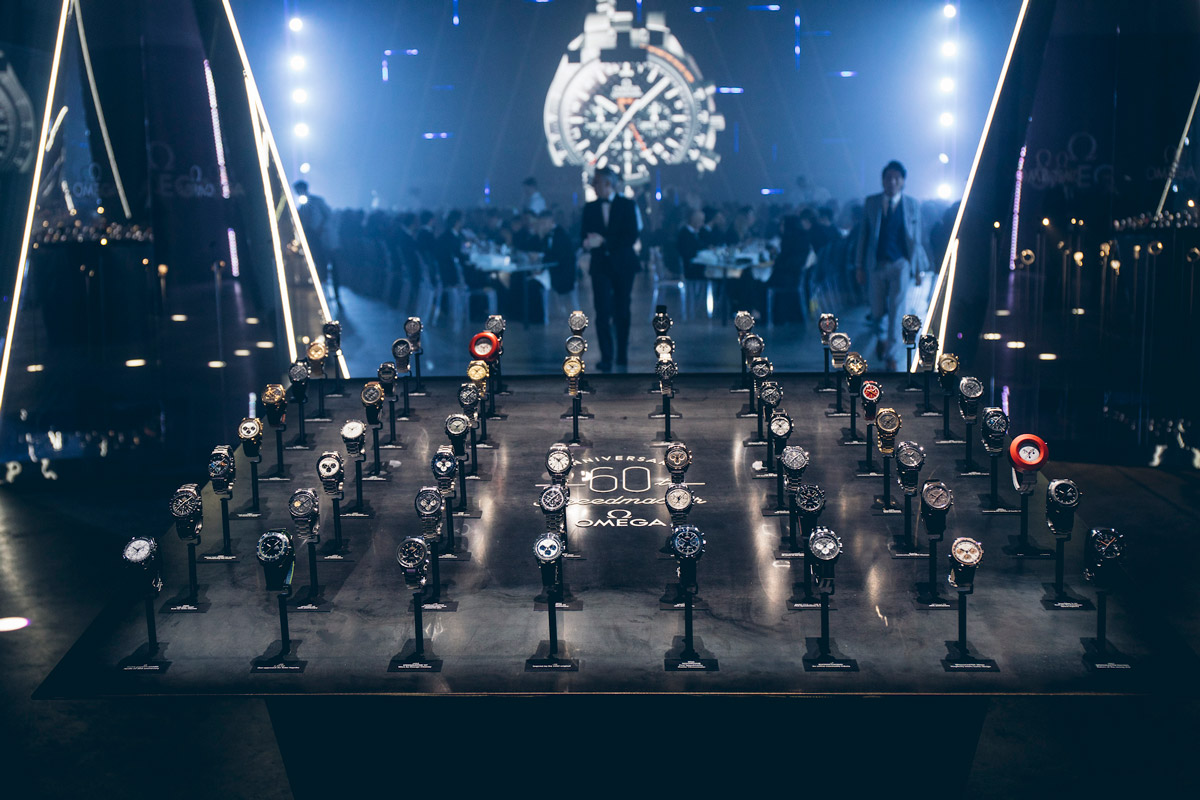